In golf, you have to be a jack of all trades with regard to using different types of golf clubs. This variety can seem a bit overwhelming for beginners; understandably so.

What golf club should you use and for what purpose? How do you leverage each type of golf club to hit the ball perfectly around the golf course? These are probably some of the questions running through your mind.

Rest assured; we’re about to walk you through each golf club one by one. Let’s dive in!

What Are the 4 Main Types of Golf Clubs?

Generally speaking, there are four different types of golf clubs: woods, irons, wedges and putters. And, a fifth called hybrids. However, when we consult one of golf’s legends, Harvey Penick, he’ll shift the emphasis to more specific clubs.

In the book packing his lifelong experience in golf, Harvey Penick’s Little Red Book, Penick highlights that the three most important types of golf clubs are putter, driver, and wedge clubs.

Each of those types has different characteristics and is used for separate functions. That’s why it’s time to journey through the different clubs and their purposes.

What Are All the Types of Golf Clubs?

Beyond the three main types, there are subsets of clubs. There are also additional club types that have specific purposes, like the wedges. Also, there are clubs with enhanced abilities, like the hybrids.

Now, let’s take it step by step and start with the basics: the woods!

Even though they’re called woods, these clubs have no wood in them. The term dates back to when wood was used in making this type of club. Although woods are now made of metal or titanium, the name stuck with them.

Woods are known for having three distinguishing features:

These three traits made them particularly useful in long-range shots, like the tee shot. Here, we have to divide the woods into two subsets: the driver and the fairway woods.

While the driver is a great choice for the tee shot, there are instances where it may not be ideal. That depends on how far the hole is when you check the map. You may need a club with more accuracy to make the ball easier to hit on the greens.

Also, there’s an important element to keep in mind when choosing the best driver for you: the flex, which refers to the driver’s stiffness, as each shaft is different regarding how much it bends. There are five degrees of flex to choose from:

The more swing speed you have, aka, the faster you can move the club before you hit the golf ball, the stiffer the driver you need to use.

This is the second subset of woods, which include 3, 5, and 7-Woods. They can be called metal woods, or fairway metal, and their shafts can be made of graphite or steel.

Fairway woods resemble drivers in that they’re used for long shots. More precisely, you can use them for distances that are out of the irons’ league.

As they can substitute for the iron, they can also be used in place of drivers. Remember when I told you that using the driver for the tee shot may not always be ideal? Well, in these instances, fairway woods can come in handy.

Fairway woods offer more control over where you want to send the golf ball, and not merely sending it for a long distance. That’s because they have this flat-faced clubhead that glides over the grass, and the loft angle that ranges between 12 to 20 degrees.

Irons are arguably the most popular golf club. They can be used for a wide array of shots, including ones that need more accuracy. Thanks to their grooved metal heads, irons specialize in giving the ball a nice little spin.

You’ll mostly be using irons for approach shots; this can be from mid-range or closer shots. That’s why you have two kinds of irons: long irons and short irons. The long irons are from 3 iron to 6 iron, whereas the short ones are from 7 iron to 9 iron.

While the short ones don’t send the ball as far, they do better than long ones when it comes to control. Being shorter and heavier, you’ll be standing close to the golf ball when using short irons. When it comes to long irons, the reverse is true.

Often referred to as utility clubs, hybrids are one of the most modern additions to golf. They are cross between a wood and an iron. This is the reason for the name “hybrid” or “driving iron”.

Hybrids, unlike other golf clubs, don’t carry numbers. Instead, they have the number of the club they can substitute. That’s as hybrids are commonly used to substitute other clubs, mostly irons.

What’s more, hybrids are good at satisfying a number of needs on the golf course. This and their ease of use had made them the favorite choice for recreational golfers. Actually, even professional golfers are beginning to leverage the exceptional functionality of hybrids.

Particularly, there are three things in which hybrids make a notable difference:

Also, the golf club head of hybrids has a large surface area, maximizing your chances of hitting the sweet spot.

As you get closer to the green, wedges will be the ones to use. There are different types of wedges for every golfing situations, whether you’re close to the green in the rough or stuck in a sand pit.

Wedges very much resemble the iron clubs, except their club face has more of an angle, which can be anywhere between 46 and 64 degrees. This is what gives them more specific roles on the course. In particular, wedges are best at allowing you to hit the ball up in the air, rather than covering great distances.

There are 4 different types of wedges:

This club is one of the basic, must-have clubs for any golfer. Aside from being wedges, the pitching wedge can also be considered an iron, as they come alongside most iron sets.

Compared to other wedges, this wedge can send the ball the furthest, thanks to the fact that it features the lowest loft.

Abbreviated as SW, sand wedges are designed to make the ball easier to hit in the sand. So, whenever the ball gets trapped in a sand bunker, sand wedges are the way to go. That can be thought of as its only role, because the sand wedge can’t cover much distance.

In contrast with the low-lofted pitching wedge, the lob wedge has the highest loft. It can get the ball up in the air in a snap, making it ascend vertically without any horizontal trajectory preceding that. Therefore, this wedge can come in handy when trying to get the ball over a tree, or any other obstacles standing in the way.

Many people consider putters to be the most important club in a golf bag. It’s known for having a flat clubface, and for not having any loft. That’s as they’re designed to roll the ball smoothly on the ground till it reaches the hole.

There are two types of putters: blade putters and mallet putters. Blade putters are the most common ones; and thanks to their small heads, they’re mostly used by professional golfers.

Mallet putters, on the other hand, have heavier and larger heads. Thus, they’re the perfect match for beginners, as they minimize the chances of mishits. That can also be chalked up to the stability of mallet putters, which far outweighs that of the blade putters.

Now that you know the types of golf clubs, let’s get more technical and make sense of a couple of important concepts.

How Do Clubs Differ From One Another?

There are several factors that make each club different from the others. These factors include things like the angle of the club, shaft length, and the numbering that gives you guidance as to which club to use.

What Do the Numbers on the Clubs Mean?

What Is the Loft Angle?

Also, higher numbers on the clubs indicate that they have lower loft angles. Thus, the ball will travel higher, but not necessarily longer.

How Does the Shaft Affect the Purpose of the Golf Club?

Another important element is the shaft of the club, which has a direct impact on your swing speed. This means the speed at which the club moves before hitting the ball.

The shaft also has a say on whether you’ll hit the “sweet spot.” Shorter shafts are more effective in that regard. Longer shafts, on the other hand, tend to make the ball travel faster.

Now, after knowing what types of clubs are used for what purposes, it’s time to know which of them to carry with you in the bag.

As per the United States Golf Association (USGA), you’re allowed to carry up to 14 clubs in your bag. While there are no rules regarding the types of these 14 clubs, there are some known standards.

More specifically, there are 12 clubs that you should be carrying, along with an additional two that are totally up to you. Each type of club important for different situations.

The 12 standard clubs are:

Regarding the last two clubs, I do have some recommendations for you. For the first spot, you can choose a wedge, which will be of great use for the golfer’s short game. For the second one, it can be a hybrid driver, which will help you on the fairway.

By the way, hybrids can be particularly useful when picking your 14 golf clubs. That’s as they serve different purposes on the field, yet each one takes only one of your 14 slots.

When it comes to golf, using the right club is as important as using the club right. That’s why you have to be well-acquainted with all types of golf clubs. This way, you’ll be able to skillfully shift between different types, perfecting each shot along the way.

True, golf can seem a bit challenging if you have no experience under your belt. No worries, though; I’m sure you’ll get the hang of it in no time. You just have to practice using different clubs in different situations, and you’ll be well on your way to become a nifty golfer! 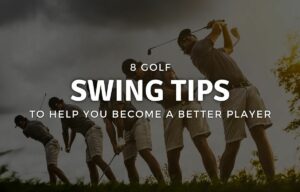 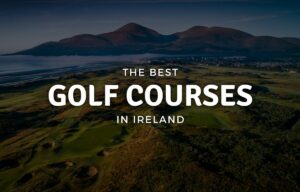 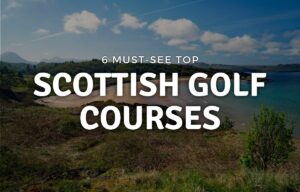 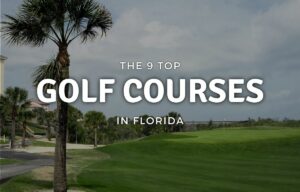 How to Calculate Golf Handicap