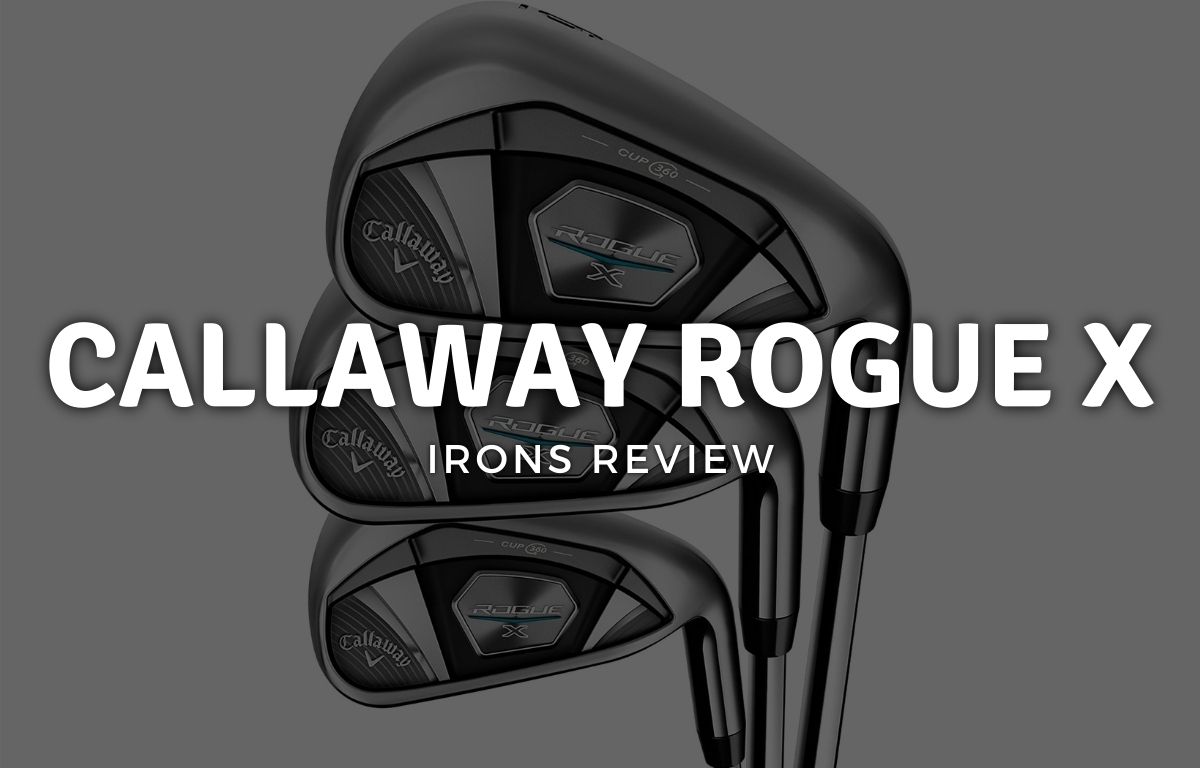 When it’s time to step on to the course all you want to give your attention to is your swing, technique, and power. Having clubs that assist you can make all the difference between having an average game or delivering your top-tier performance.

One of the most important choices you will make on the fairway is which iron to use. When you decide to use quality clubs like the Callaway Rogue X irons you can trust that the club you are using is going to help you get to the hole by giving you faster ball speed, accuracy, forgiveness, high launch, and long-distance.

Irons are the most versatile clubs and are going to be your most used weapon on the course. Need something to get you to the green on a short hole? Grab a Rogue X iron and hit straight off the tee. Playing a long hole? Still absolutely no problem for irons, smash your ball over the fairway with a distance iron.

With that being said you can see why you must choose quality irons that are right for you and your game. There are many good options but Callaway is a name that golfers know and trust. And for good reason. They produce high-performance and high-quality irons.

Let’s dive into what makes the Callaway Rogue X irons stand out from the crowd.

How did we test the Callaway Rogue X irons?

We managed to get our hands on a set of the Callaway Rogue X irons and promptly took them to the range for a test.

These irons blew us away in just about every way possible! The longer shaft and low, deep center of gravity only took a stroke or two to get used to but what we could not believe was the forgiveness on each shot combined with the sidespin being dramatically reduced for a straighter hit.

Stronger lofts and the 360 face cup made shots effortless, and we even noticed good distance on bad strokes.

The sound on each hit is a full and deep click thanks to the urethane membrane, and we didn’t notice any vibration either.

These irons are world-class!

In this Callaway Rogue X irons review, we will be taking a closer look at the cutting-edge technology that goes into getting you better performance when you need it most.

The Callaway X irons are a new breed of club. Utilizing 360 Face Cup technology with tungsten weighting creates a low and deep center of gravity on the clubhead. This, along with the curved rim around the perimeter makes each Callaway Rogue X iron forgiving and ensures you get ball speed, launch, optimum flight, control, and power – even on off-center swings.

These irons have shafts that are longer in length, and lighter in weight to counter the tungsten head, making your playing experience that much better. Get a leg up on the competition with these high-performance irons from Callaway!

Even at face value, these irons stand out from the crowd. The chunky aesthetic of the clubhead, along with the angled lines and textured back of the irons are eye-catching and are definitely going to turn some heads on the course.

Although looks are important, we all know performance takes the real precedence. What makes these clubs so great is their ability to cover a wide range of the needs of your average golfer. Not only this, but these irons provide the tangible increases in performance that players are seeking in their game. These are your go-to distance irons.

They feature a new design incorporating 360 face cup and VFT technology, along with urethane microspheres.

Thanks to this you can expect immediate gains to your average distance, and the improvement in ball connection is very welcome. You will hit straighter with less side spin, along with getting fantastic ball speed and launch.

The longer shaft in the Rogue irons also gives you more torque in your swing. These clubs are built for consistency.

The Callaway Rogue X irons are highly forgiving thanks to some clever design. There is 360 Face Cup technology implemented in the clubs that give above-average ball speed and launch, whilst still giving you control even if the contact is off-center.

The outside of their face is curved to give you optimum launch and control. VFT technology makes sure that every connection has power behind it regardless of the connection point on the face. Hit straighter, higher, and further than ever before!

Now if distance is what you most crave out of your clubs then the Callaway Rogue X irons are a must-have. Across the board, players can expect around a 7 yard gain on each stroke. Your mileage may vary and you could potentially see much bigger gains.

Their bigger sweet spot is a result of a thin club face (providing more flex for more distance), 360 face cup, and VST technology. Now there is a larger section of the face that will deliver power and faster ball speed which is exactly what you need for distance.

Most high-performance irons today have a thin club face that produces quite a high-pitched ping. New advances in technology allow urethane microspheres to be used in the Rogue X irons, giving the club a more full and less hollow sound.

The membrane that is placed behind the faceplate absorbs some of the vibration of the impact, so each stroke feels cleaner and the golf ball releases on impact with less vibration.

The feel might be a little different as the center of gravity is low on the head. These irons also have higher lofts than other clubs which will take some adjustment.

You would be hard-pressed to find a better looking set of irons. They come in a rugged and chunky design that rounds off the robust feeling of the clubs.

They come with the usual Callaway branding but the sleek angular cutouts on the back of the head and the wide sole give these clubs an edgy appearance. The polished tungsten and steel against the black and grey detailing make them appear very rugged.

The Rogue irons are made out of the highest quality components and are going to stand strong through use and age.

Shafts come in a choice of steel or graphite and the connection to the head is made from graphene. For added density, there is tungsten weighting placed in the head. This material is extremely hardy and can handle anything you throw at it.

The unique design on the faceplate of the Rogue X irons uses the newest advances in distance technology. A thin rim around the face of the iron helps to give a corrective angle to the club so you can hit straight and get a good launch on every stroke, no matter where the connection is made.

Not only that, but the 360 Face Cup rim will flex and release on impact, which promotes more ball distance and speed. So now you can spend less time worrying about being perfect and more time winning!

The Rogue X irons use cutting-edge variable face thickness (VFT) technology to ensure that each stroke has the best possible connection with the ball.

These irons have high lofts and need some thickness at the top of the loft to create more power and ball speed even if you connect off-center. Stronger lofts help to reduce side spin as well as providing optimal control and flight.

Cleverly placed behind the faceplate of the Callaway Rogue irons, these are used to suppress unwanted sounds from shots and also act as a cushion for the vibration of a hit.

The urethane microspheres are placed into a thin membrane that holds tiny air pockets and these act as the sound suppression and cushion for vibration.

The feeling and sound of the Rogue X irons are what makes them so sought after by players.

So taking everything we have discussed into account, it’s fair to say that you can expect an almost immediate improvement in your game by using the Callaway Rogue X irons.

These clubs offer a unique blend of new-age performance, with the feel and sound of a much more traditional iron. Rogue X irons are a must-have asset for anyone who needs a little boost to their distance and also craves more control over their strokes.

The new technology implemented in the Rogue X range has revolutionized the way that these irons feel, their level of forgiveness, ball control, speed, and distance.

Forgiveness is one of the top differentiating factors of Callaway Rogue X irons. You can expect a club that will allow you to connect with the ball and maintain good distance, direction, and loft off each swing even if you make contact with the golf ball off-center.

If a high standard of craftsmanship and performance is something you value, then the Callaway Rogue X clubs are a must-have.

Made from high-performance tungsten, steel, urethane microspheres, and a host of other world-class components, you can trust that you are spending money on irons that are designed to last.

The short answer here is both yes and no. You might want to hold out on picking the Rogue X irons if you are completely new to the sport as they might be a little on the heavy side. If you are adamant that these clubs are for you then you can expect some positive gains in your game.

Players are averaging just about 7 yards extra on each one of the Rogue X irons, so for ball distance and speed these are absolutely fantastic. Improve your game by taking advantage of more forgiveness on swings with a bigger sweet spot as well as a curved outer faceplate that helps with launch, control, and ball speed.